The healthcare recruiting consultants at The Medicus Firm are among the most experienced and tenured in the industry. Their focus on client satisfaction has earned the "Best of Staffing" award 7 times, based on exceptional customer satisfaction scores.

Our team understands the dynamics of various practice settings and structures, from large national systems to rural community hospitals to academic medical centers. Additionally, each consultant focuses their efforts in one geographic area, becoming adept at navigating the physician market and climate in that particular area of specialization. The level of professionalism and experience of our associates in all departments is unrivaled in physician recruiting. The expertise of our associates, combined with our award-winning work environment and abundance of staffing resources, have become known to be the most successful physician search firm in the industry. 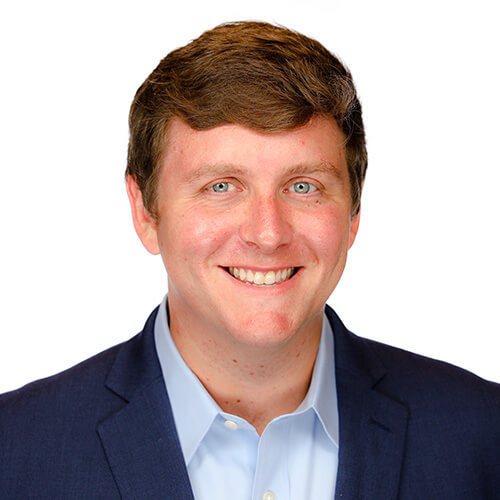 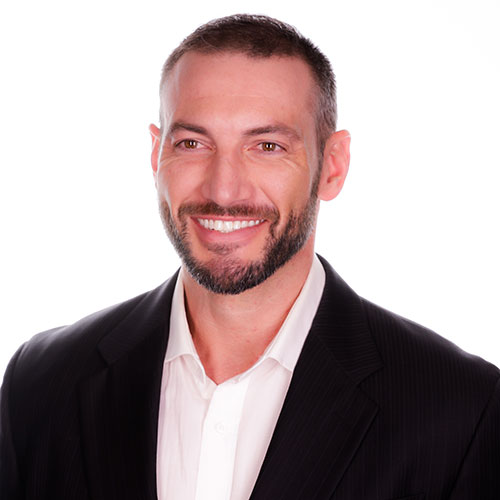 Nathan Miller serves as Chief Executive Officer. Nathan has recruited physicians into various hospital and private practice settings since 2003, having previously served as a Senior Recruiter for two national search firms in Dallas. He has received honors such as Recruiter of the Year, Division of the Year and The Medicus Firm's Core Values Award for ‘Commitment.'

Nathan is originally from Oklahoma City and attended Southwestern Oklahoma State University on a basketball scholarship where he earned both a Bachelor's and Master’s degree in Psychology. Following his playing career, Nathan spent three years as an assistant basketball coach at Southwestern Oklahoma State before eventually deciding to pursue a career in the healthcare staffing industry. He enjoys playing basketball and traveling in his spare time. He currently resides in Prosper, Texas with his wife Jenna, daughters Aubrey and Noella, and sons, Carsten and Lendon.

Jacob serves as Chief Operating Officer. Mr. Simon plays a large role in training and development, and also brings an extensive background in the recruiting industry to The Medicus Firm. Prior to beginning his career in the physician recruiting industry, Jacob served for 4 years as the National Recruiting Coordinator for Northwestern State University football program and their recruitment of student-athletes. His experience allows him to work closely with management and internal recruiting staffs to evaluate and provide consultative insight beneficial for strategic planning and recruitment strategies.

Jacob is originally from Kansas and is a graduate of McPherson College where he earned a Bachelor’s degree in Biochemistry. He later received his Master’s in Management and Administration at Northwestern State University. He currently resides in Plano, TX with his wife Mari and their twins, Emmitt and Emilia.  In his free time, Jacob enjoys attending sporting events, spending time with family and friends, and competing in athletic events of various kinds.

Evan Reece, based in our Dallas office, is the Senior Vice President of our West Division.  Evan joined The Medicus Firm in 2011 after completing his Master's Degree in Health Psychology from Texas State University in San Marcos.   He has received honors such as "Top Producer of the Year”, “Division of the Year”, as well as our top award for Client Satisfaction.

Originally from Mansfield, TX, Evan has a Bachelor's Degree in Psychology from McMurry University where he was on the baseball team. In his free time, Evan enjoys spending time with his wife, Candice, and son, Ethan. He is also an avid fan of the Dallas Mavericks, Texas Rangers, and Dallas Cowboys.

Matthew Smeltzer is a Senior Vice President based in our Atlanta office and leads recruitment efforts in the Southeast Division. His areas of expertise include client consultation, contract negotiation, and market analysis. Since joining The Medicus Firm in 2014, Matthew has earned numerous awards for his production, leadership and client satisfaction. Most recently, he earned the “Difference Maker” Award in addition to the Southeast Division winning the “Division of the Year”.  Prior to beginning his career as a physician recruiter, Matthew worked as a software consultant and as a teacher and basketball coach. He graduated from the University of Georgia with a bachelor’s degree in Broadcast Journalism.

When he is not at work, Matthew enjoys spending time with his wife Amy, playing his guitar, and watching Georgia football (Go Dawgs!).

Michael serves our Western Division as Senior Vice President of Business Development based in our Dallas office. Prior to joining TMF in 2015, Michael was a top producer in the medical sales and technology fields. In Michael’s first year at TMF, he earned the Rising Star Award – as our former President Jim Stone states, this is awarded to the person most likely to be a “future baller”.  He also received the 2018 “Trust” Award, one of TMF’s Core Values. His achievements can be attributed to his passion for people and a hard work ethic.

Having grown up in both California and Idaho, Michael received his bachelor's degree in biology from the University of Idaho. In his free time, he enjoys playing sports, being outdoors, hanging with friends and most importantly, spending time with his wife and 2 dogs.

Thomas brings 15 years of healthcare industry knowledge and experience to TMF.  Employing a uniquely encompassing approach, he assesses the needs of each client, diagnoses and tailors their solution to adapt to the rapidly changing market.  His honesty and forthright communication style is refreshing by always placing integrity first.  With a results driven attitude responding to both client and recruiters needs, he’s always looking for ways to maximize potential, create new solutions, and develop relationships with a servant leadership mentality.

Thomas relocated to Dallas Texas from small town Missouri, earning his business degree at Drury University.  Being a Missouri native, he’s a lifelong Kansas Chiefs fan first before the Cowboys.  Outside of the office he has a habitual obsession for fitness and spends time serving at Elevate Life Church in Frisco Texas.  He spends time on the weekends playing football with his son Jackson, and wrenching on and racing cars.